Whether you're a dot or not: Get on there and make sure you're counted! 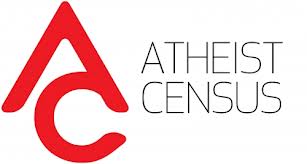 The Atheist Alliance International is administering a census that seeks to get an idea of the number of non believers in the world. Who are we? Where are we? What are our backgrounds?  The survey looks at demographics such as age range, gender, level of education, former religion (if any) and the term you prefer to be known by (atheist, agnostic, humanist, freethinker etc.)

It's been a challenge since the census suffered from a denial of service (DoS) attack on the first day it went up. The survey is back online now and the response has been steady, up over 87,000 now. I find myself looking back there from time to time because there is a running tally of the overall responses and pie charts representing how the breakdown of responses to the various questions is so far. It's there both from a global level and a country by country level.

The results are already interesting, with by far the greatest number of responses coming from the US. Brazil is in second place, which is perhaps a bit of a surprise, ahead of UK, Australia and then Canada. We always knew that atheism was skewed towards the men, but so far we are seeing that the ratio is about 3:1, which is probably not where we would want it to be. But that's why statistical studies are so important, by knowing where we are, we can take some actions to get to where we want to get to.

I am especially interested in how the Caribbean is doing. In trying to get a movement going there, those numbers will be especially useful to us. Small populations will of course mean numbers will be comparatively low. It also means that most of our countries don't show up on the globe they have on the site that shows high response countries turning steadily from a brown to green. Well, I guess that's what you get from being born on a 'dot.' But these  'dots' do add up and it's a pity that the secular world will need to do special searches for our countries if they want to see our numbers piling up. Maybe one day we'll have to stand up and insist on more 'high def' maps for these things to combat the anti 'dot' discrimination we have to live with now. But that's way in the future, we all have to deal with 'anti atheist' attitudes long before then.

Barbados my home country, has so far had 11 responses, which is interestingly enough not that few. I see that countries in Africa with large populations like Nigeria, Ghana and Kenya are barely in double figures if that. Trinidad and Tobago has got 55 responses which is certainly noteworthy and probably represents one of the strongest country responses in the world on a per capita basis. Jamaica had 30   responses which is good also.

Still, as encouraging as these numbers may be, a census like this will only be as good as the number of people that take part in it. We have to try to get every non believer we can on board if the effort is to really tell us valuable information. Let's try to get as many people counted from our 'dots' as we can. At the same time, let us show the world that these little dots in the region can be huge masses of reason.

So big or small, get on there and take the Atheist Census!
Posted by caribatheist at 7:12 PM