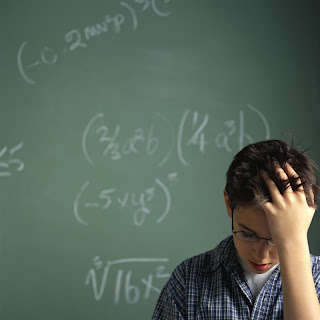 We've heard it for the first time this year and we know for sure it won't be the last. It's the phrase that the media just love to scream at us, whether it's a miner in Chile or a pilot on the Hudson River. " It's a miracle!" The story this time is the heinous shooting tragedy in Arizona which took the lives of six. In the midst of such bloodshed it is natural to look for the upside. Thankfully this story provides such an opportunity; for in the midst of it all, Rep. Giffords the target of the attack has been recovering from her gun shot wound to the brain. Don't get me wrong, I am extremely happy that things are turning out well for Giffords so far but this story taken from the Associated Press on January 13th caught my attention. Here are the opening sentences from the article :

"Even Gabrielle Giffords’ doctors are starting to call her recovery a miracle.
Few people who take a bullet to the brain — just 10 percent — survive such a devastating wound."

I had to read this over and over again. Ten percent survive such injuries and doctors, DOCTORS, not ordinary Joes in the street, are calling it a miracle? Wow!!! I know that we have been told by Christians that God doesn't do those really incredible old testament things anymore like part Red Seas, send plagues and turn people into pillars of salt but in 2011 a 1 in 10 chance event is a "miracle."This is a level of devaluation far worse than any developing country's currency has had to face at the hands of the IMF in the last two decades. It's definitely a head scratcher but in the new maths of the 21st century, 1/10 = miracle.

With this new ultra low bar for miracles I now recognise how many miracles I experience everyday of my life. I just need to think of my regular visits to the supermarket. There are 10 checkouts for groceries and I have to pick one. It's quite a random thing and the probability of picking any cashier is of course 1 in 10. On any given day there would be a ninety percent chance that I avoided the one I happened to be at. I never really thought twice about it before but now I know that each time that happens it's a miracle. A miracle in the supermarket with every visit, isn't that something?

I thought about it further and realised this "1/10= miracle" changes so so much more. I mean, think about the different activities that you do each day. Anything that is done less often than once every 10 days would have to be classified miracle. This means every day that I have stayed home sick from work has been a miracle and a huge one too, since that would be less than 1 in every 100. Vacation days by the same reasoning would have to be miracles as well. So next time you are on a cruise ship with tourists from around the world, take a moment to reflect, you're smack in the middle of a mass miracle. Because, with the exception of the crew, that is not how any of those people spend one day of every ten.

You could just go on and on to find more miracles and the scary thing is that with the rate of devaluation of miracles, things are not likely to end here. In the future we are likely to see 1in 5 miracles maybe even 1 in 2 miracles. Indeed, I have heard that successfully predicting the gender of an unborn child has been described by some as a miracle. If this is true then the era of the 50/50 miracle may well be close at hand. This raises of course an even more interesting question will the "miracle line" one day shoot below that "50/50" axis? Could we one day see a situation where a miracle is actually more probable than no miracle? We could very well one day have miraculous expected events. Getting out of bed, eating breakfast, not getting into an accident on the way to work, these could all one day be miracles.

All of this makes me think about the Centre for Inquiry (CFI) advertising campaign about to begin here in Canada. Perhaps reflecting the more conservative nature of the average Canadian compared to those south of the border , there are no claims of people knowing anything is a myth or a scam. It's a simple restatement of that old Carl Sagan adage, " Extraordinary Claims Require Extraordinary Evidence." The ad goes on to list some examples of claims such as Bigfoot, UFOs, Christ, homeopathy and Allah. I rather like it, it's sure to stir some emotional responses but yet it's not saying any of these things are not real. It's just asking them to " show us the beef" so to speak.

Still , notwithstanding that the CFI message is good for today, we have seen above that many things referred to as miracles are nowhere near as extraordinary as Bigfoot or UFOs. What can we do to address this changing reality? I don't know, but maybe the next bus ads should say something like this: