Faith in God = Faith in Man 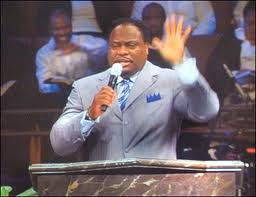 "Once you and God understand, you don't need to explain or justify anything to man!" This was the quote I read on someone's facebook status yesterday. Up to the time of writing, 13 others said they "like" this and the numbers are still rising. For me this statement, short as it is, is one of the more scary things I have read in a while. " What's the harm of belief in God?" they say. Sometimes we forget that for many believers, what man thinks is of no relevance when compared to God. The unseen far greater than the seen, the unknown greater than the known, that without evidence far greater than the thing we can observe. It may sound extreme, but this is the philosophy that can ultimately lead to people flying planes into buildings.

The first thing, of course , is that God always understands you. In my Christian days God was always a God of empathy. He was always on my side, especially if it was in a time when I felt I had been wronged. He always agreed with me when I thought I had been unfairly left out of a school team or told unjustifiably that I wasn't good enough to get the job I wanted. The more passionately I felt about an issue, the more strongly I felt that God was behind me. I often reflect that if it was something other than reason and critical thinking engaging my passion now , I would attribute the drive I feel to the divine and be convinced that I was doing God's work. Indeed, that is one of the reasons that I am an atheist today. It seems to be illogical that God would be pushing me so hard to find knowledge that continuously gives me more confidence in my conclusion that he doesn't exist. I therefore find myself forced to infer that this new mission is not coming from God at all. This means my other drives and passions in life can also be explained without God being there. So I feel justified in dismissing the presence of God I felt in the past; which often came while I was writing or speaking up for things such as racial or gender equality, human rights or sustainable development.

I suppose some Christians might say that it is the devil who is driving me now , but that would mean that it could have been the devil driving me before too. After all, the feelings I experience now are exactly the same as then. But if these Christians are right there is at least one benefit I can say that comes from being on Satan's side. He always encourages me to justify and explain to man. He is never happy with me just convincing myself and my "Lord". I have to justify and explain all my beliefs so that I can give new insight if I am right, correct myself if I am wrong and engage in a cross fertilization of ideas if I am somewhere in between. I really have faith that this is "the way." I so wish I could show this to my christian brothers and sisters, but that just doesn't seem likely to happen because in the way it is now the believer holds all the cards.

To say that once God understands you don't have to justify to man, is to say that once you feel very strongly about what you are doing you don't have to justify it to anybody. In other words, you can essentially do what ever you want. Ironically, that is exactly what the believer says the atheist is doing. Recently I have heard a lot of this idea of trusting in God rather than man. The talk comes on the heels of the pope's visit to Britain with the pedophilia hanging over his church and the homosexual charges facing Pastor Long in the USA. The followers in both cases say, that they will not put their faith in fallible men they will put their faith in the Almighty and Jesus. I always smile when I hear this, because what does it really mean to put your faith in God instead of man?

I suppose believing and trusting in God means following his example or doing what he prescribes. Sounds like good advice, but then here comes the problem. What exactly does God want? Well, many would say, it's there in the bible, the word of God. But in order to "know" the bible is the word of God we have to trust the word of the man who has told us that. Yes, what the believer calls faith is really faith in what other people have written or said about God. People do not realise that when you say God's word is perfect you are not only trusting God but every human being that has played a part in bringing that " word" to you. For the bible to be the infallible word of God, those inspired writers would have to be just as infallible as God himself. How do we know the writers were not deceived by something or someone they mistakenly thought was God? To say that we know for sure that they were not, is to say that these people had perfect judgement. Surely that would be like saying these writers are gods themselves.

If someone came to my door claiming he had a letter from my father who I regarded as perfect I would be naive to take the deliverer of the message at his word. Indeed, accepting the letter as true would be more a reflection of trust in the stranger than it would be a reflection of trust in the one who may have been the author. I mean, the stranger could have just written the letter himself in my dad's handwriting. He may have made a mistake and the letter was actually for my neighbour next door. The stranger may have taken out a page of the letter or added in a section. He may have gotten the letter from a friend and is just relaying it. In the end your failure to accept the letter in no way indicates that you have any lack of faith in your father himself. You just don't trust the people downstream in the chain.

With the bible that downstream is far more complex. You don't even have the luxury of being able to evaluate the stranger at the door, ask him for his ID or credentials or read the body language to assess whether he is telling the truth. You have to accept the word of the anonymous who lived hundreds of years before you were born, translators, editors and church leaders right down the line. You can't just reject the pastor at the end of the long chain and claim that you are putting your faith in God himself. In this case you are just transferring faith from one man to another, from the man you say you thought you knew to the men you never knew or will know. There are some Christians and other " spiritualists" who will claim their beliefs are not based on the bible at all. It is a personal experience with the divine that has made them believe, the bible only serves as confirmation. However when you dig into the stories these accounts can all be related to something out there either in the faith tradition or local culture. They may claim to see or have heard Jesus or the holy spirit or some other medium. But they interpretations of what may have been a real experience is framed in the context of the faith. A framing delicately prepared by the institution of faith which has human experience at its source. Others claim that the evidence lies in changed lives of the followers, but again they just choose to interpret this as being occasioned by their God whose description is at least partially wrapped in an existing faith tradition.

At the end of the day faith in God is equal to faith in man. The truth is we all have faith in man one way or the other, whether atheist, agnostic or fundamentalist.The difference is that the non believer freely acknowledges his trust in man. Those in faith rarely concede such, but if God exists, until he comes to us all in person and explains himself with the relevant credentials, any faith in him must be seen as based on human constructs. So when it comes to these issues, it's really hard to separate God from the pastor. From the look of things recently, it seems that it is even difficult for the pastor to differentiate between God and man. For as much as the pastor feels in his heart for his God he appears to have an abundance of love for man as well.
Posted by caribatheist at 12:12 PM